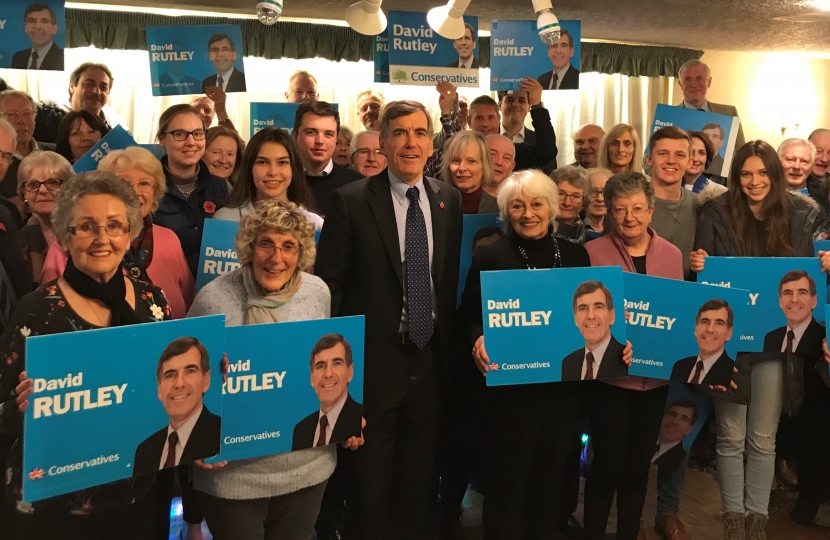 On Thursday 7th December, Conservative Candidate, David Rutley launched his campaign to be re-elected as the Member of Parliament for the constituency of Macclesfield.

Members from right across the constituency joined David for the official launch at Macclesfield Conservative Club on West Bank Road. The evening kicked off with a group picture and was then followed by a campaign brief and a question and answer session with the candidate.

Before the official campaign launch members had already been hitting the streets of Macclesfield and surrounding villages for some months in anticipation of the General Election which has been called for to take place on Thursday December 12th, 2019.

David will be out campaigning every day in the lead up to the election so please don't hesitate to stop him or contact the constituency office if you have any questions or concerns about either national or local issues. We look forward to a busy 6 week campaign and hope to keep as many constituents as possible before polling day.