Something to THINK! about 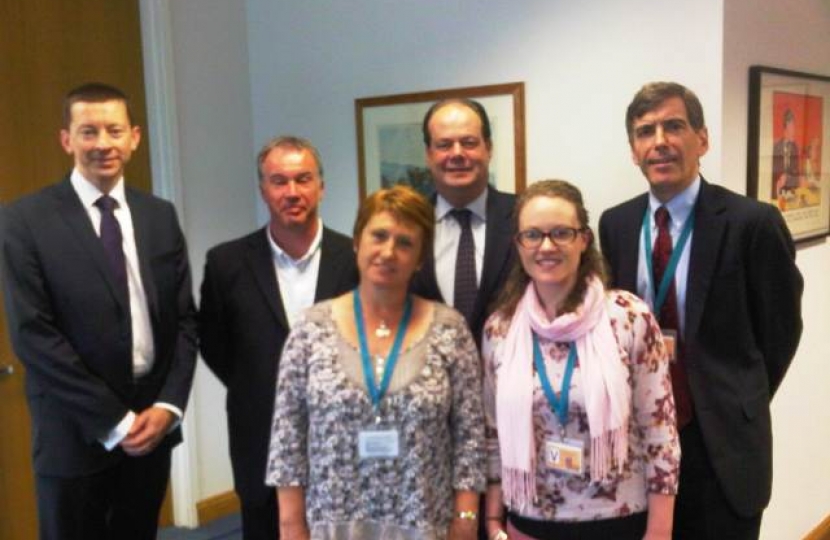 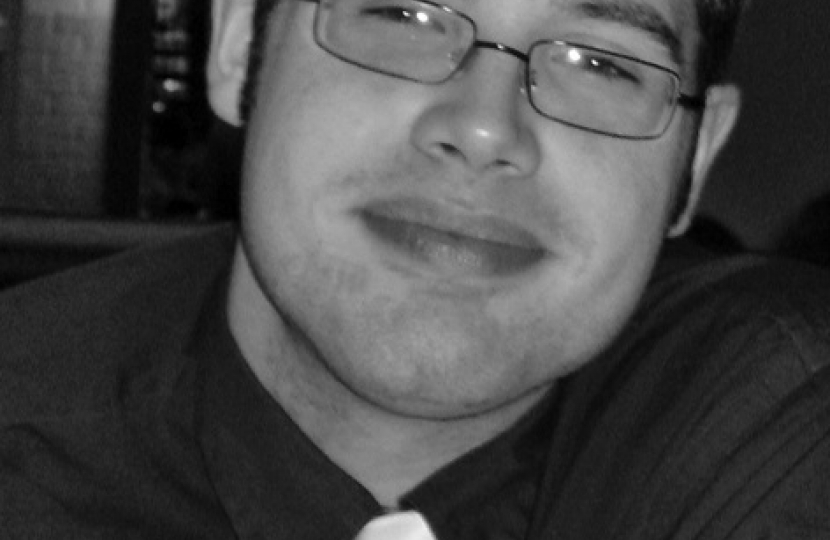 David Rutley MP and the Wilson family from Poynton have met with Transport Minister Stephen Hammond MP to raise awareness of the dangers of drink driving.

Following the tragic death of their son, Matt, in 2010, just two days short of his 22nd birthday, the Wilson family has campaigned tirelessly to raise awareness of the dangers of drink driving.  Matt died instantly at the scene when his car crashed.  He had drunk just under two pints of beer.  The loss of Matt is still felt, especially at times such as Christmas, when there is an empty chair at the table.  The Wilsons want to ensure no other family go through this tragedy.

After meeting with the Wilsons at an advice surgery, David arranged the meeting with the Minister.  Dean and Dee Wilson, along with their daughter Hannah, met with Stephen Hammond to call for better education on the dangers of drink driving.  They are also campaigning for acceptable alcohol levels to be halved from 80 milligrammes of alcohol per 100 millilitres of blood, to 40.  This proposed limit would be more in line with the limits of other European countries.

The family has also been working closely with Cheshire Police.  Chief Superintendent John Betts was also present at the meeting.  Cheshire Police and the family have been using the car that Matt was driving as a way of highlighting the dangers of drink driving.  The THINK! car as it is now known, has been displayed at a range of events including The Cheshire Show and The Pageant of Power to highlight the campaign.

Commenting on the family’s campaign, Dean Wilson said, “As a family we are very grateful for the support that Cheshire Police have given us since Matthew died.  Especially the team who work with the car that he died in to help us prevent other families from the devastation and trauma that we are living with.  We are also thankful to Mr Rutley for raising the matter in Westminster.  We were very encouraged that the minister gave us and the campaign some of his time to hear about the amazing effect that we experience as we share our story and show people the car.

“We know that this campaign has a life changing effect as people learn that the relatively small amount of alcohol and low speed involved in Matt’s accident can produce such utter devastation.  As a family, we wish to support the police in bringing this to a much bigger audience and are hopeful that Mr Hammond at the Department of Transport can offer some help and support in bringing it to a bigger audience.”

David said, “It is a privilege to work with the Wilson family.  It is testament to them that they are using this tragic event in their lives to raise awareness of drink driving and spare other families the pain they have experienced.  I would like to wish the family every success in their work and look forward to continuing to support them as they highlight this important issue.”

You can read more about the Government's THINK! campaign on the official website: