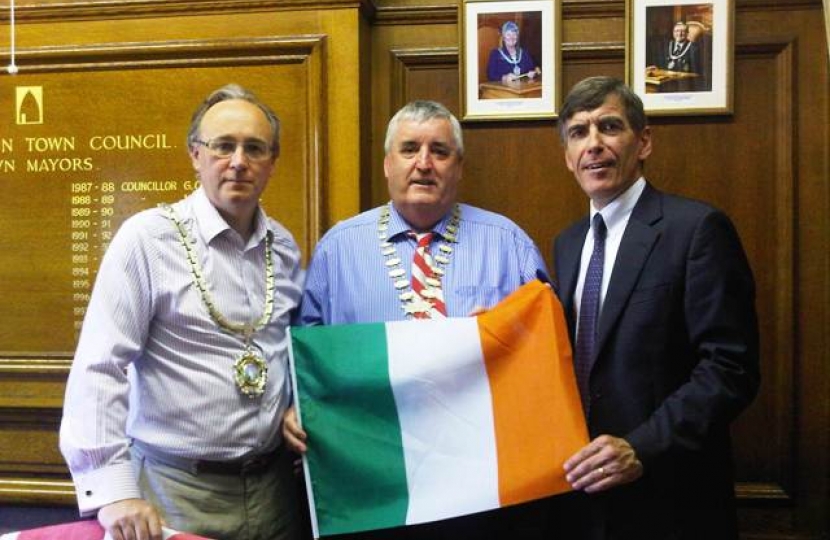 Macclesfield MP David Rutley joined members of the Bollington/Thurles Twinning Group for a buffet lunch as they welcomed their Irish guests to Bollington.

Established in 1979, the Bollington and Thurles twinning was the first between an English town and a counterpart in the Republic of Ireland.  The relationship continues to go from strength to strength.  Irish members visited Bollington for three days in July.  They attended a number of events including the Well Dressing and buffet lunch on the Sunday.  David joined a number of dignitaries including Cllr David Laffan, Mayor of Bollington, and Cllr Evelyn Nevin from Thurles.

Over the years the relationship has strengthened with several trips being made between the towns.  Perhaps the most momentous was when Bollington members were in Ireland at the same time as the Good Friday Agreement in 1998.  The Bollington members were able to join their Irish partners in celebrating the historic peace treaty.

Following the event, David said, “It was an honour to attend the lunch and see the strength of the relationship between Bollington and Thurles.  I hope that more people will continue to improve understanding between people in the Republic of Ireland and the United Kingdom through initiatives like this.”