Cllr. Mike Sewart is the Conservative Councillor for Poynton West & Adlington Ward.  He was elected in May 2015.

Family: Born and raised in the West Riding of Yorkshire, Mike has lived in Poynton. 1975. Married to Joan with two grown up sons, both educated at local schools, one of whom also lives in the village with his wife and two small children.

Twenty six years working at Ciba-Geigy Pharmaceuticals in Macclesfield, initially as a microbiologist then through various posts ending up as Head of Quality. Past Royal Society of Chemistry member of the pane for Science courses at Stockport Technical College.  From 1997 has worked world wide as a European Union medical products assessor.

A member of the parish / town council since 1979 (chairman 1990) and, at one time or another a member of all its committees. Member of the former Macclesfield Borough Council, 1976-2006 during which time served at various times as its chairman of Highways (for fifteen years during which the Macclesfield and Wilmslow by passes were built), Environmental Health and Amenities. He was deputy leader of the council for four years before relinquishing the post (and later, the council seat) when he commenced extensive job related foreign travel.

Election agent for the party at most of the elections in Poynton in the 1980’s and 1990’s when challenges from the Liberals were strong. He was “seconded” on several occasions by the constituency to be the agent in “branchless” wards in Macclesfield Town.

Was one of the two initiators of the “Shop Mobility” scheme for the disabled in Macclesfield. Worked “across the aisle” with another borough councillor (not Conservative) to research the need, identify a suitable site and pilot the project through the council. Introduced the “Schmidt” mobile road sweepers in to Macclesfield and Poynton in the mid 1980’s and was one of the early supporters of the PCSO’s in Poynton. 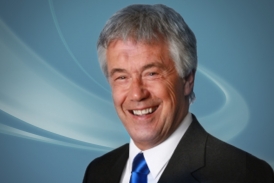